Now a series of four games. 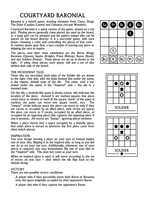 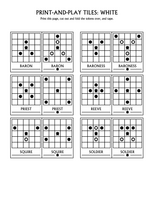 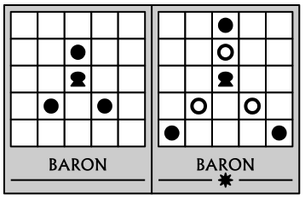 The playtest document has been updated to include full rules for the following:

2. Baronial Skirmish, a variant of The Duke again using the included tiles in place of Duke tiles.

Also, four further tiles have been included, which can be used in several of these games.  The game "Fey Baronial" is mentioned, but not yet included (that'll be next update, most likely, and it's addition will probably complete the roster of games).

An series of abstract mini-chesslike games, print and play.